Upstart to Cobb Little More Than A Baltimore Chopper 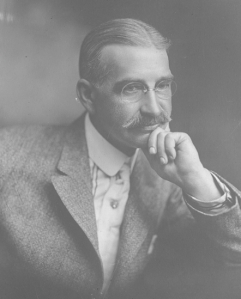 LAJOIE! You seek a
moral standard bearer, and you choose LAJOIE!?

Across the gentle
waves of the republic, there are two creeds that rankle the populous more than
any other, two regimes that chafe the ankles of freedom like Monte- Cristo’s
manacles.  They are, of course, none
other than the French Empire (Marquis de Lafayette excepted!) and the British Commonwealth (royalist buggery!).  The French Canadian Lajoie manages to
encompass both!

Lajoie, having
illegally jumped leagues in 1901, and then sold by Connie Mack to the Cleveland
Nine, proceeds to win a newsmans raffle and the club winds up nomened with his
prenom!  This crafty Francophile’s
arrogance is matched only by the girth of the president of the republic.  His league-jumping garnered this
double-crosser unable to cross the Pennsylvania state lines, and veritably forfeiting the
‘Naps’ games to the A’s!

“But hark,” you say,
tremulously caterwauling, “is he not a batsman beyond compare?  Did he not compile a batters-average that
same year of .427?!  And much of that
against the finest orb-slingers of the day, besting even the mighty Three
Finger Mordecai Brown!”

Still your knocking
knees!  His average this year?  Scarcely kissing .325, and his Cleveland Naps
langour at the bottom of the standings, skulking about the sous-sol like the
ghost of Washington Irving.

I brush your charges
aside as a horsefly from a mule’s fetlock. Ty Cobb’s Tigers pistol-whipped
Connie Mack’s White Elephants in four games at the close of August, and now the
American League is chasing their tail.
The pennant may not yet be stabled, but those boys firmly grip the
reins.

September sees those
mighty Michigan maulers sitting prettily atop the table,
with Cobb clubbing .380.  And seek you
long the long ball!?  Cobb leads the
league, walloping more “all-baggers’ than anyone else in the game.  He may hit ten of them!  What be that French Canadian’s count to
date?  Nil!

But the Naps have
produced one a great wonderment this year – the first unassisted triple play,
by Neal Ball, on July 19.  Never seen
before, Ball’s Triumph saw him gather in a liner, step on the second bag, and
apply a tag to the fleet-footed fool from first.  This feat of derring-do will most assuredly
never be replicated, even in a hundred years’ time.

Written by
Silas ‘Red’ Quigley
Editorial correspondent for the Boston Wax-Intelligencer.  Editor/Publisher of various workers rights
publications, sporting weeklies, and Ladies Garment Journals.  As a youth he was attache to Henry Chadwick (claims to be the
uncredited co-creator of the box score).