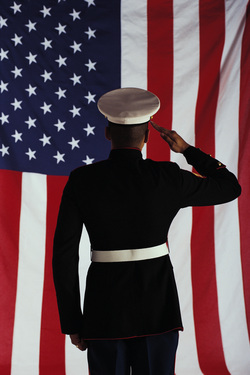 Now that we have had some time to reflect on the long awaited senate floor victory in repealing the “Don’t Ask Don’t Tell” policy which banned homosexuals from openly being… themselves while serving in our nation’s military, I have to ask just one, important question:

This is US America.  We are supposed to set the bar high.  And when it comes to treating our fellow man as we would want to be treated, we are really f***ing bad at it.  Yeah, yeah, I know haters g’on hate… but why?  What is there to hate?  What difference does it make to you where so-and-so puts his thing-a-ma-bob while in the comforts of his bedroom with his lover?  Huh?  WHAT DIFFERENCE DOES IT MAKE?

And unfortunately, a lot of people are really, really ignorant.

I can only hope that some day, somehow, someway, people wake up to the simple reality that life would be a lot better for ALL OF US if we just learn to treat each other with respect, like we would want to be treated.  The golden rule, my friends.  The golden rule.

And the golden rule would definitely welcome the current “homosexual political agenda” in the United States, which is simply: