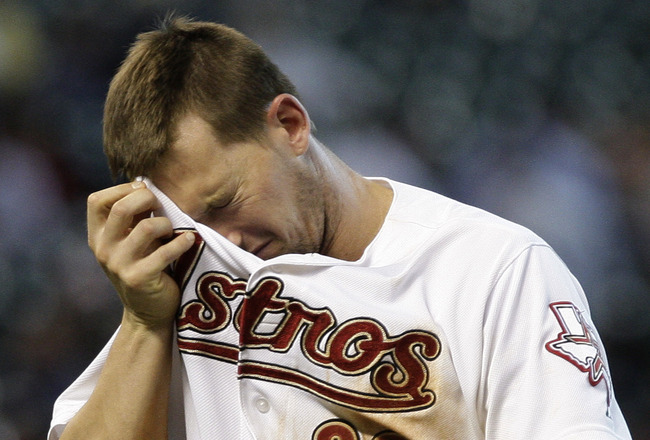 Can you believe we’re almost done with the 2011 season and I’ve hardly made any jokes about the Houston Astros?  I know.  I’m sorry, dear readers.  I dropped the ball.  Chalk it up as an E on your scorecard, boo like Mets fans and throw beer on me as I walk off the field.

It’s just… I have a real hard time picking on those who cannot defend themselves.  But that doesn’t mean I don’t care about them.  I do.  Sorta.  I mean, you think it’s easy for me to NOT make fun of the LOLstros?

But, to prove how much I care, I’ve prepared a small advisory to-do list of things that should get them on track so that I can once again slam their mere existence:

1.  Bring Craig Biggio out of retirement
Most people wouldn’t recognize a single name in the LOLstros lineup.  Also, 100 losses in a season isn’t just bad, it’s embarrassing.  I gotta think that an old, wobbly Craig Biggio would at least will them under 100 losses.  If nothing else, he could go to the dish and take an HBP to get on base, just like the old days.

3.  Woo Nolan Ryan away from the Rangers
Have you seen what Ryan has done with the Rangers?  And to think, the Rangers used to be the laughingstock of Texas baseball.

5.  Officially change their name to the “LOLstros”
The space program is dead yo, and in the internet age, nothing is as catchy as a memey acronym that makes folks smile without even thinking about it.