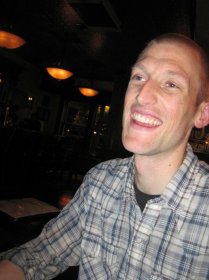 As soon as Victor Martinez went down, I thought, “well, season’s over.” [1] But then the Tigers won the Fielder sweepstakes (at a cost that boggles the mind: apparently Little Caesar’s is a pretty lucrative organization. Everybody reading this please buy a five dollar Hot N Ready so they can pay the Prince. And here is my obligatory admission that the back end of that contract is going to be a total nightmare). A season that looked suddenly suspect just as suddenly became the most exciting spring I can remember.

If they can keep healthy, and get production anywhere close to last year from Delmon Young, Alex Avila[2], and Brennan Boesch’s first half, and get consistent quality from Messrs. Verlander, Fister, Scherzer, and Porcello (not to mention the newly Dotel-ified bullpen), it augers Another Very Interesting Year To Be A Tigers Fan.

There are still some big question marks. It’s looking like a platoon of Ryan Raburn and Ramon Santiago at second, which doesn’t do us a ton of favors at the plate. With the diminished defensive range and crInge worthy batting of the once-exceptional Brandon Inge,[3] the Miguel Cabrera return-to-third experiment will be interesting and hopefully not embarrassing. Danny Worth and Don Kelly[4] will probably spot start there as well. Finally, can Austin Jackson achieve leadoff effectiveness even approaching two years ago? 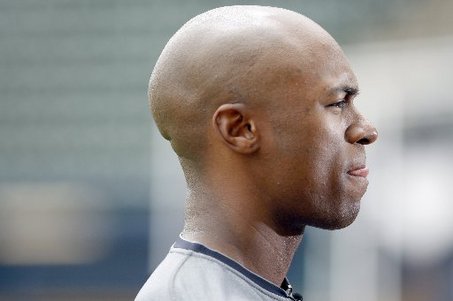 For the last seven years or so I’ve approached the start of the season with same kind of a nervous ambivalence. The most positive outlook I’ve had could be described as ‘cautious optimism,’ which I feel now. It’s a very strange feeling to see the Tigers as the projected favorite to win the A.L. Central (hell, until last year, we hadn’t done it since 1987. Didn’t even do it in ’84.) The Tigers have been good lately, but as a typically suspicious and superstitious fan, I’m always nervous. In ’06 they got in the playoffs as a wildcard. When they forced the 163rd game with the Twinkies in ’09, I never had the feeling that we were a legit contending team. Last year they didn’t really seem to have any implicit dominance until rifling off that twelve game winning streak in September. (My father and I credit ourselves for that, having seen live their last loss before the streak started at a blinding hot day game Sept 1st, when the Royals came to Detroit.)

Speaking of which, I am very nervous about the Kansas City Royals. They were rated the 11th best team in the league in the ESPN prospects power rankings (I don’t know if this is a remotely useful metric, but Buster Olney seems like a smart guy). At the game with my dad September First we were sitting along the third base line, and during a lull in the game Royals third baseman Mike Moustakas was shooting the bull with the umpire and throwing the ball around. He was basically standing in the coache’s box, well behind third and in foul territory, and dude scooped up lazy grounder that came his way. Barely breaking eye-contact with the ump, he made a throw off his back foot that looked casual as hell, but judging by the angry snap of the leather Eric Hosmer’s glove at first, it could’ve been shot from a rifle. The lineup is getting spooky over there.

It’s foolish to make predictions about what’s going to happen, and we’re still forty four days till opening. Naturally when things don’t go your way for a couple of decades, you begin to doubt that anything good is going to happen. But the Tigs lately have provided all one can demand of any team, and that’s meaningful baseball in August and September. It will be really interesting to see what this team does in the face of injuries, statistical regression, and the rigors of the season.

[2] Verlander’s remarkable season was well documented. While he was hardly under the radar, I think a brief digression on Alex Avila is in order here. He had a .389 OBP (10th highest in baseball), an .895 OPS (8th in the AL), and hit .295. All while catching 133 games, and ranking top five among AL catchers in most defensive categories (e.g., tied for 1st with 40 runners caught stealing). And one of my least/most favorite things was the sheer number of times he got hit by deflections. I know catchers get hit all the time, but honestly I can’t remember seeing anything like his 2011 season behind the plate. (for example, check out sparks flying off his mask, and him getting hit in the neck.)

[3] He seems ever so far removed now from his ridiculous first half in 2009 that made him an All-Star (21 HR before the break!).

[4] Don Kelly fielded eight positions in 2011, everything except 2B. It’s well documented that I am transfixed by this guy, and his huge ALDS Game 5 dinger versus the Wankees made me so happy for him.