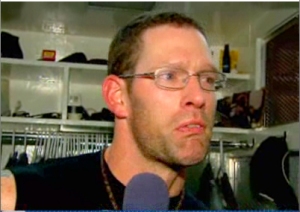 Most likely, if you were constructing the ideal baseball player, you’d come up with someone like Kyle Farnsworth, all six-and-a-half worthless feet of him.  Of course, you’d also then be saddled with his contract and seemingly uncanny ability to melt down in important games.

So why is it that Farnsworth is an object of ridicule (at least here at RSBS) while Pedroia is a former MVP and Sabathia is one of the most consistently good pitchers in baseball?  Well, it’s the same reason that Jeremy Lin happened in the US of A and could never happen in China.  It’s the intangibles that make athletes great and if there’s one thing that we do well in America, it’s the intangibles.

You can have your Yao Mings and your Kyle Farnsworths.  Me, I’ll take my Cecil Fielders and David Wells.  And I bet you ten yuan I’ll win.