What MLB team does the GOP most resemble? 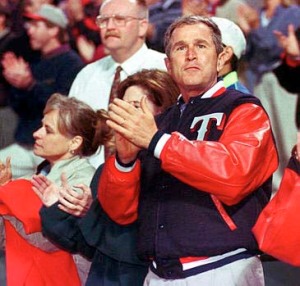 But that’s not the question.  The question is which team does the GOP most resemble and that requires a little more analysis.

My first thought, especially with the recent rise to prominence of Paul Ryan, was the San Francisco Giants.  The Giants used to be known for their history with inspirational guys like Willie Mays and  Dave Dravecky.  That’s like the old GOP, the party of Lincoln and even Nixon, minus the whole Watergate thing.  Now, though, the Giants are the team of Barry Bonds and Melky Cabrera.  They’re the team of liars.  After Paul Ryan’s speech at the Republican National Convention that even a Fox News commentator called “deceiving” and the absolutely flabbergasting claim by Ryan that he ran a sub three hour marathon (since “corrected”), you’d have to put him in the same category as Bonds and Cabrera.

Still, that doesn’t seem to be enough.  Lying is well and good, even when called something different, but RSBS readers demand more.

There are a bunch of other possibilities, from the Red Sox to the Dodgers but really, when you stop and think about it, there’s only one answer to this question.  The GOP could only be the New York Yankees.

A group of millionaire crybabies who routinely underachieve despite having every advantage known to man?  Could be the Yankees, could be the Republicans.  Supporters incessantly screwed over by a leadership group that routinely takes money from supporters’ pockets while those supporters not only cheer them on but also keep coming back for more?  Hm, really could be either one.  An unnatural love of pinstripes?  I think you can see where this is going.

Really, the answer couldn’t be any easier and I’m almost ashamed to have to say it.  But just because it’s easy that doesn’t mean it’s wrong.  Occam’s Razor, my friends.