The hot stove is so hot that we had to add more fuel to the sizzlin’ fire!  Jeff, Allen and Johanna are joined by Second City’s Mark Piebenga and Red Sox loyalist Troy Jagodowski to get down and dirty on all the offseason drama.  Discussion topics include but are not limited to: what Theo Epstein was smokin’ when he re-signed Varitek, the end of Troy Tulowitski, the continued morphing of the Hall of Fame, the A-Gon deal and much, much more… all to make you laugh that milk right through your nose!

*Special thanks to our PodMaster Keith Carmack.  You can check out Keith’s wicked podcast and his subsequent film projects at  Undercard Films.  The dude has mad skillz, so you might wanna pay attention.  Do it!  Now! 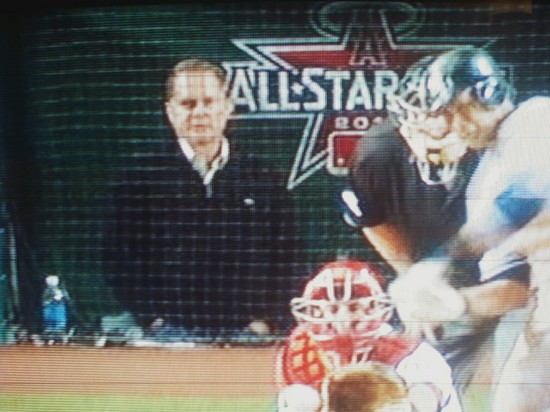 Yep.  We’re sick of seeing his smug mug behind the plate on every pitch too.  So in an effort to oust his recurring playoff cameo, we sent our RSBS interns into Angel Stadium with a mega-fortified parabolic microphone to pick up all the juicy sound bytes Mr. Boras let slip during the game.

Here’s what we heard:

“Jesus, look at A-Rod.  How’d I let that guy fire me again?  That oughtta be my ****ing walking wallet!  Mine!  My lord, those labrums!  Look at those labrums!  Best labrums in all of sports!”

“Why aren’t there gold flakes on this f***ing hot dog?  Huh?  Who the hell brought me this hot dog without gold f***ing flakes!?!”

“Jesus Christ, I can’t understand a thing Manny says.  How do you say ‘take a goddamn shower for crying out loud’ in Spanish!?  Anyone?  Anyone?”

“Holy s***, Alex Rodriguez… maybe I can get teams to think Ivan Rodriguez is actually Alex Rodriguez.  Quick trip to the Dominican Republic, grab some stuff from A-Rod’s cousin… shoot up Pudge and BAM!  He’s lookin’ like Alex did in that hot Details shoot.  Did I just say that?  F*** you.  Don’t look at me.  Watch the game.

“Why does everyone hate me?  Because I’m rich?  Because I’m powerful?  Because I look like a young Rush Limbaugh?  Ha!  My bowel movements are worth more than these worthless fans’ entire lives put together and run through a gilding press that I bought with my money.  Where the hell is my goddamned organic vodka gimlet!?!  Jesus!”

“Someone remind me to tell Kyle Lohse he has really f***ing made me look bad.”

“Jesus, if I were gay, I’d totally do Alex… ha ha, but, y’know, I’d of course make a big deal of it to the press first before opting out at the last second… then, when things calmed down a bit… I’d fire that b****.”

Now you know, folks.  You aren’t surprised, are you?