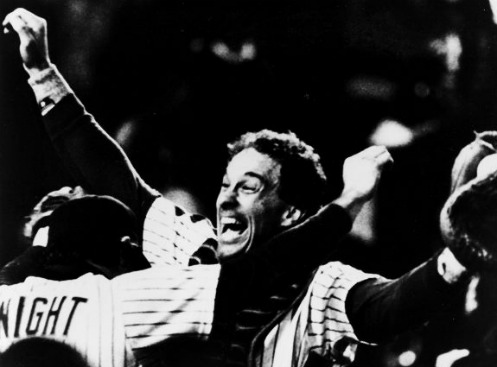 Gary Carter has left us, but the footprint he left on our national pastime remains as big and strong as he was during his 19-year career.

When I was 7 years old I watched Game 6 of the 1986 World Series.  That one game had a huge impact on me, my imagination and why I eventually became the baseball-lovin-monster I am today.

Years later, as a teenager, I recall hearing Gary Carter tell his version of what took place in Flushing that night, that during his at-bat that started the astonishing go-ahead rally his only thought to himself was “Don’t make the last out.”

That resonated with me.

Don’t make the last out.

Don’t ever give up.

Don’t give any effort but your best. 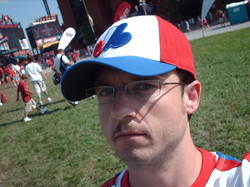 “I need to talk to Erin Andrews.” I told them with confidence.

“Because, it’s my destiny.”

Oh
well.  Had to keep my head up.  I was part of the Homerun Derby.  Busch
III was electric.  And despite all the partying, I was somehow still
alive.

The Derby?  Well, it was what I thought it’d be: very
exciting for the first half hour, then pretty boring after that.
Several balls came close to us in our right field seats, but one guy —
the SAME GUY — caught two balls (one from Ryan Howard and one from Joe
Mauer) and after standing for the three hour event and being
shot down by Erin’s handlers before I even had a chance, I ended up
leaving Busch III ball-less… well, sorta.  Anyway, here are some pics
from Fanfest and the evening’s homerun contest.  Click on them for
closer view. 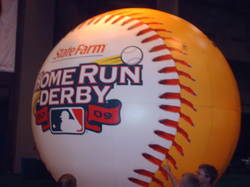 Me and Jackie’s duds:

My best impression of an irate Cub: 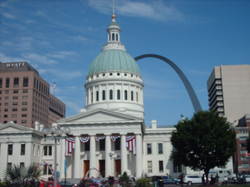 Some random guy excited to see me… gee, I wonder why?

The view from our seats: 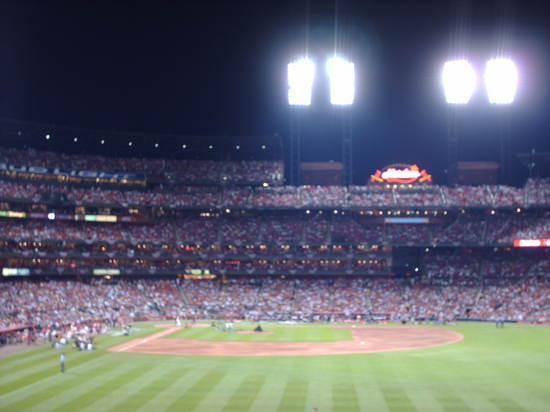 Concentration or solace in my futile attempts at meeting Erin?

Okay, y’all.  I’m gearing
up for the big game tonight, Molina jersey on my back, praying the that
the National League doesn’t embarrass me… again.  This would be as good
a time as any for us to win this thing (not that I really care) and I
have a feeling I’ll have a better shot at meeting President Obama than
I will Ms. Andrews.

She doesn’t know what she’s missing.