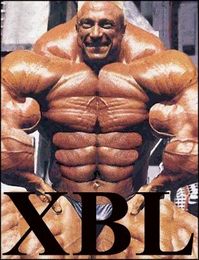 In 2001, the king of crap conglomerates and no-holds-barred entrepreneurship, Vince McMahon, teamed up with NBC to create a new world order football league deftly named the XFL.  The league featured ‘roid-raging castaways with unfettered guts and brawn who considered the actual rules of the game nothing more than a bothersome set of circumstances meant to be ignored — all in the holy name of entertainment.

Personally, I have had enough of the steroid scandal in baseball; and in an effort of compromise between giving the fans what they want and keeping Major League Baseball clean, I propose we gather up all the Mannys, Barrys, Alexes and Marks, give them to Vince McMahon, throw a ton of money at marketing and licensing and let them hit the hell out of the ball all they want in a rule-breaking utopia known as the XBL.

No drug tests.  No suspensions.  No questions.

And who better to get this league off the ground than Rafael “What the Heck Is Stanozolol Anyway” Palmeiro?