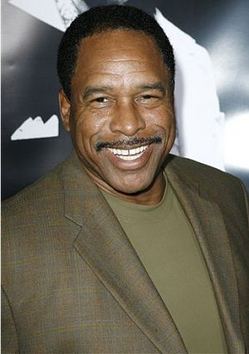 “By about 12 years old, I thought, ‘I wanna play professional baseball.'”

“People would say ‘yeah, yeah, yeah.’  But the thing was: I found something I loved.  And I was pretty good at it.  Next thing you know I was drafted.  Four years later, my dream came true.”

In the minds of today’s youth, such dreams continue to be commonplace, which is why Dave speaks with us from the Little League World Series in Williamsport, PA, where his partnership with Ask.com and Susan G. Komen for the Cure continues its tireless campaign of awareness, action and prevention.

“I just think back to when my brother and I were playing baseball at this age, if we would’ve had the opportunity to play on these beautifully manicured fields against kids from around the world, this would’ve been the highlight of our lives.”

Luckily for Dave, his highlights came later in life, in the way of 7 Gold Gloves, 12 All-Star selections, a World Series ring and a spot in baseball’s coveted Hall of Fame.  But the kids in Williamsport still have plenty to look forward to:

“I know how much they love it.  And they’re excited about it and how they’ll remember this experience the rest of their lives.”

There’s no doubt about that.  And one needn’t look only to the Little League World Series to find such enthusiasm.  Just head out to your local youth ball field and watch how regimented, how jovial, how respectfully the game is played, even on a small level.  It is with that in mind that Dave recalls one of his more cherished little league memories:

“We used to take infield practice that was flawless.  That was our goal, to take these flawless infield practices before the game and it would set the tone and intimidate the opposition.  We were good.”

In fact, back then, growing up in Minnesota following the Twins, Dave’s focus was on defense.

“There were many players on that team but the one I really liked was Zoilo Versalles.  He was a shortstop.  And his glove was what I’ll never forget.  I followed those guys.  Harmon Killebrew.  Tony Oliva.  Guys like that.  We used to imitate all of them.”

Kids will always imitate their heroes.  They will always dream big; always envision themselves in the spotlight.  But with only 30 teams and set 25-man rosters, the reality is that only 750 Major Leaguers can exist at any one time.  So Dave’s advice to kids with Big League aspirations is “to get their education.  Do well in school.  Be versatile.”

“Enjoy the sport.  Go hard.  We’ll give you every tool and every opportunity to succeed.  Just know that there are other things in life too.”

If every little leaguer can live up to those ideals, then the future is as bright as their dreams are big.

Special thanks to Zack Nobinger for arranging the interview.

For more information on Dave Winfield’s thoughts on the progression of little league baseball, check out his book Dropping the Ball.